The Case For Subwoofers For Music

A letter to the editor and demo challenge

Having known you a long time, and knowing that you care a great deal about quality sound, I find myself in total disagreement with the conclusion that you reached in your February op-ed piece for CNET, “The case against subwoofers for music.”

Full disclosure, I am one of REL Acoustics owners and also the primary developer of MASTERS, a speaker and subwoofer set-up technique that has been taught to hundreds of industry veterans. If, by “music” you mean rock and pop I am in partial agreement that the kick drum (bass drum) used in most rock ensembles is tuned somewhere between 52-60Hz. I am broadly in disagreement, however, that even though the primary tonic is pitched at these frequencies, slightly higher than 50 Hz, there is “rarely extremely deep bass under-50 Hz bass” in recordings that we all popularly enjoy. In fact, there are a wealth of spatial cues afforded by the ability to reproduce deep bass very much lower than 50 Hz. Items like the air conditioner running in a studio energize the microphone’s diaphragm, subways rumbling below a Manhattan studio and any number of naturally occurring atmospheric and environmental realities are embedded deep within many quality recordings. A system’s ability to go in and extract that added dimension of palpable space and dimensionality adds incredibly to the sense of unforced realism, ultimately tearing down the wall between performer and listener.

And let’s look at classical music, whose concert bass drums, due to the size of the much larger drum heads, are tuned down into the upper 30’s. Paul Barton of PSB, who has made a career out of designing affordably excellent speakers, states (while commenting on a chart showing instruments by frequency): “The pipe organ, for instance, which extends down into subterranean regions, isn’t represented. Neither is the bass drum, which has lots of energy below 50 Hz.” Other examples of instruments that extend below 50 Hz are  the contrabassoon, the lower end of the harp and, oh yes, the double bass of classical and jazz. Steve, I hope you did not mean to leave out instruments critical to at least two different genres of western music, but that is precisely what your sweeping statement does. And what about African tribal drumming? Japanese kodo drums? The list of musical genres your sweeping characterization excludes is substantial.

There is another entire dimension that your brief piece ignores. All instruments, whether being used for classical, rock, jazz, pop or African tribal drumming, interact with the room or venue within which they were recorded. This interaction may itself produce low frequencies that become an integral aspect of the final recording. Virtually all recordings, save those created entirely by synthesized music sent directly through the recording process never being played in a physical space such as a studio or concert hall, benefit from having the dimensions and size of the room within which musical magic is occurring. With no spatial context, music lacks reality. Play the same piece with the same musicians in Chartre Cathedral, then play it inside a second grade classroom; the experience and sound itself will be vastly different. 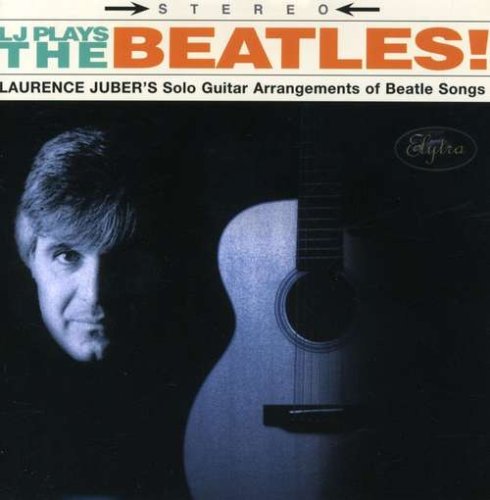 When demonstrating RELs to first time dealers or customers, we take pains to use one or two recordings that have NO bass instruments. One of my favorites is the virtuoso acoustic guitar player Lawrence Jubert (LJ Plays the Beatles). Reproducing the sound of this amazing guitarist playing solo – first with the REL turned on and in the system – listeners are always taken by the beauty of his playing and by the palpable cues contained within the REL’s abilities to convey space, intimacy (you frequently become aware of the man’s breathing with the REL in), and improved (restored) harmonic structure. I could go on and on. Taking the REL out of the system immediately results in disappointment on the part of the listener. The most common commentary is, along the lines of “Wow, what just happened? It’s as though all the space and beauty in the recording just disappeared when you switch the REL connection off.” Or commonly, “It got cold, hard and stiff sounding.”  Remember, this is a recording of an acoustic guitar which has no ability to produce deep bass frequencies, my recollection is that Low E on a guitar is around 70 Hz.

Argument 2: “Achieving a truly seamless subwoofer blend with the system’s speakers is challenging”

Even in bad rooms, those with difficult acoustics (what other kind are there?) we rarely require more than 10 minutes to dial-in a REL. We completely agree there is technique and fam grate a subwoofer, it likely is not a REL.

Argument 3: “Over time I found my sub’s presence intrusive in the sense that I was aware of what the sub was contributing to the sound, pulling me away from the music”

Finding a subwoofer intrusive is really nothing more than the result from item number two. You find the technique difficult, thus your results produce a subwoofer integration that is intrusive. Of course, the two items go hand in hand. Personally, and I say this with great respect for our original designs of a couple decades ago, I would never suggest trying to blend a 20 year old Storm III with a lightweight, modern  .7 Maggie. It has far too much energy and output for a speaker of this type and the combination of the old drivers and filters is no more capable of keeping up with a modern, fast planar than a mid-90’s Ford Mustang is capable of being described as a state of the art sport coupe and yet the current Shelby GT350R certainly is now considered one of the automotive world’s best driving cars available at any price. We have made similar strides in that time.

Here’s my challenge to you, Steve, let us bring in a couple of modern RELs (thank you for thinking a now-20 year old REL Storm III is still considered top notch, but we have made extensive developments in speed, transparency, pitch definition as well as power and output in the 15 years or so since you last heard a REL). You pick whichever of your speakers is most difficult—I would say the Magnepan .7’s– and I will have you writing an incredible review of this combination and a complete retraction of your newly-arrived-at belief. Naturally, some familiarization is required, like everything in making great sound from a system. Ask yourself, how long it took you to learn how to set-up a turntable the first time? Months? Years to get great at it? Setting up a REL never comes close to that level of skill, most customers do a credible job their first time out in less than 30 minutes, but it takes learning a new skill. For this reason, we recently produced a series of How-To videos to help customers get there quicker. But with just a little work at learning what matters and what does not matter, REL customers are routinely achieving amazing and gratifying results at home. If you truly are spending days trying to integrate a sub, chances are it is some other manufacturer’s, not a REL.