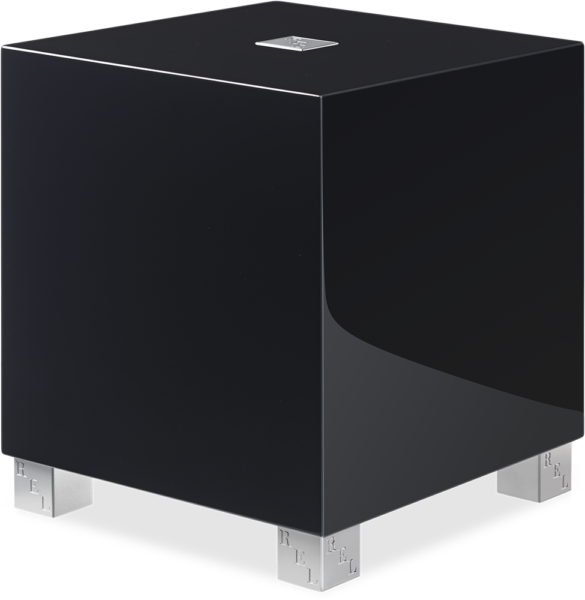 Smaller does not mean lesser. We designed the compact T/5i to give smaller sized spaces and systems equal quality sound, so while scale may change the performance stays the same.

Simplify, Then Add Lightness: Simplicity is its own reward and T/5i reduces the classic cubic sub to its bare essence. A single, high quality AlloyFibre™ composite driver and down firing orientation produces maximum coupling with the floor and eliminates the need for a grille. T/5i is the purest expression of REL.

When we upgraded our drivers, we were forced to redesign outward. The lovely cabinets grew over its predecessor due to thicker cabinet walls and improved bracing. Why? Because the additional speed and impact of the new drivers requires greater control or the benefits can be lost before they get to the listener.

We began by updating our classic 8” bass engine to reduce mass, while greatly increasing stiffness. This improvement led to upgrading cabinet dimensions and wall thickness to better control the deep bass. Additional upgrades extended even into the design of our feet, resulting in greater speed and solidity to the presentation of sound. 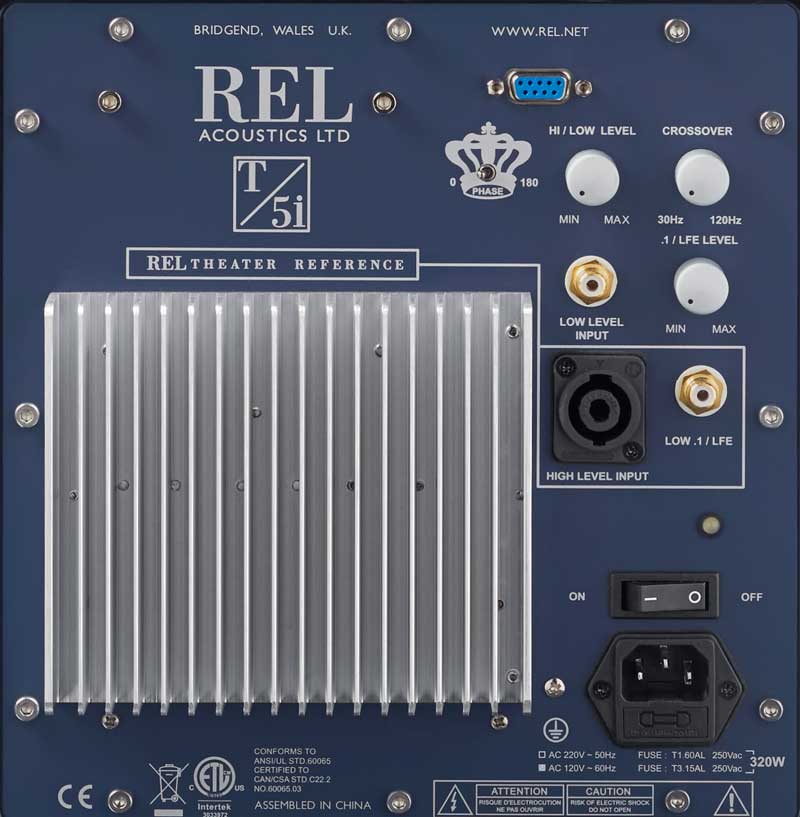 REL’s electronics are the brains and power behind our success. Serie Ti uses the same Class A/B power amplifier sections with large, high current power supplies, precision-wound transformers and an amazing reliability record that has powered some 100,000 RELs. Standby Mode switch not included on 110V units. Arrow™ is REL’s latest generation of zero compression wireless. Super-fast delivery of both High Level Bass and .1/ LFE ensures the rich, natural warmth that only RELs can deliver. With a throw distance of some 45’(13.7M) Arrow permits flexible placement without sacrificing sound quality.

“Despite this being an entry level subwoofer, there is nothing, absolutely nothing that is entry level about it. Its build and sound quality are befitting of the REL name.” Read More +

Due to a move overseas coming up in my near future, I am having to downsize my audio system. But I didn't want to sacrifice audio quality at the same time. Out went my beloved Magneplaner 1.7i speakers and in came a bookshelf model (ELAC Uni-Fi UB5.2). The bookshelf speakers were fine, but serious;y lacking on bass (and that coming from a planer guy). So, I decided to add a subwoofer to see if it would solve my problem. In came a single REL T/5i. WOW! Now that was more like it. But I kept being told I really (Did I? I wasn't sure) needed another T/5i for a stereo pair. OK, I bit the bullet and bought the second one. Now we're cooking with gas. This setup, once dialed in, brought everything to the table I was hoping for. The T/5i's integrated perfectly with my ELAC's, so that all I heard was seamless sound. Bass was deep, tight, and defined (where the recording allowed it). Plus the subs, set up as REL recommended were both unobtrusive and pretty darn nice to look at. I couldn't be happier.

J
J.
Perfect sub for a small to meduim room

Having to downsize from my beloved Magnaplaner 1.7i speakers, I choose ELAC Uni-Fi 2.0 UB5.2 bookshelf. Lovely speakers at a steal of a price. But no low end. What to do. REL had the answer with their T/5i subwoofer. A pair of these added to my ELAC's has made a full(er) range system than I've ever had. (The t?5i is the very first sub I've ever owned.) They fit perfectly in the corners of my room, and when dialed in properly, simply disappear leaving my system sounding full range. HIGHLY recommended.

Absolutely love the T/5i in my listening room! The setup instructions provided were very straightforward and I even received some follow-up calls from Rel (thanks Ben!) to fine tune everything. Great bass extension and the sub essentially disappears once set up properly. Would highly recommend a sub for any 2-channel HiFi system, and a Rel at that.

I am very happy with this purchased because it exceeded my expectations. It enhances my music experience and enjoyment both stereo system and movies. 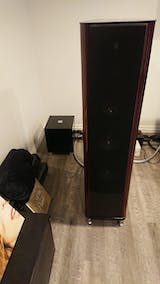 I have had a pair of the new Sonus faber Lumina 1 for about 4 months now and they are delightful but a very small speaker. They are very fast and clean with solid punchy bass powered by the really capable Denon PMA 600NE. The bottom was missing though so I looked into REL and chatted with a friend who has this sub, he said I would not be let down and he was right. The sub blends in perfectly with the speakers, it is not there but it is there. The sub is fast and completes the scene and to be honest I really have not moved it around and experimented with placement yet and also not even using the high level connects, can it get much better?

“Despite this being an entry level subwoofer, there is nothing, absolutely nothing that is entry level about it. Its build and sound quality are befitting of the REL name.” Read More + 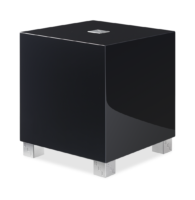 Smaller does not mean lesser. We designed the compact T/5i to give smaller sized spaces and systems equal quality sound, so while scale may change the performance stays the same.